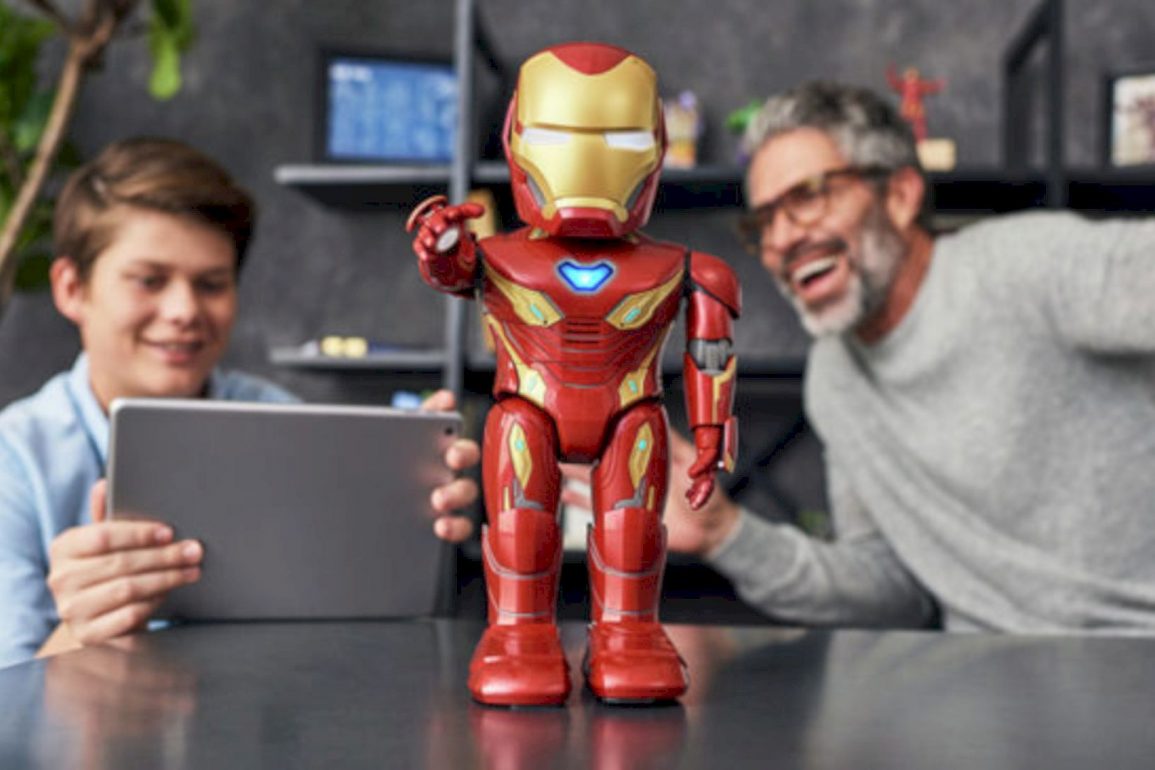 It is another interactive toy of Tony Starks that can connect Marvel Fantasies in an interesting way. UBTECH Iron Man MK50 Robot is programmed to follow any commands with a mobile app. It is an officially-licensed robotic toy for creating a fun playing time with a cool toy together with family and friends.

UBTECH Iron Man MK50 Robot can be played through the app with an easy-to-use drag-and-drop programming interface. It can manipulate the Iron Man’s sounds, lights, and also motors. The users also can use some custom blocks to code their own sequences of scripted. The coolest feature in this robot is the helmet can be flipped up and changed with the user face on the robot’s screen.

For the programming, UBTECH Iron Man MK50 Robot is also available to be played through some interactive training missions and sessions. When the users complete some different levels, they will earn new weapons in order to take on bigger threats.